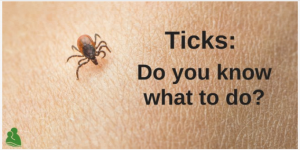 What is Lyme Disease?

Lyme is an insidious and controversial disease which ruins lives and is routinely missed by doctors. If it becomes chronic, it is incredibly hard to get rid of and displays a large array of very different symptoms which are often misdiagnosed for other long-term illnesses.

Lyme disease patients can get overwhelmed by contradictory information. Three different doctors might give the same patient three different diagnoses – or tell them nothing is wrong – especially if they aren’t Lyme Literate Medical Doctors (LLMDs).

Sometimes known as “The Great Imitator”, Lyme Disease is spread by ticks. Its symptoms can mimic the symptoms of various different diseases. It can affect any organ of the body, including the brain and central nervous system, muscles and joints, and the heart.

Lyme disease is caused by a spirochete – a corkscrew-shaped bacterium called Borrelia Burgdorferi (BB). A bullseye rash following a tick bite is a recognisable sign of infection and can lead to early diagnosis – but not all infected bites produce a rash (only about 1 in 4). Early symptoms can be flu-like to begin with and slow to develop, leading to a gradual decline in health. The bacterial infection can spread to different tissues in the body and affect multiple systems, often causing debilitating symptoms including:

Why is there so much conflicting information about Lyme Disease?

Lyme Disease, if treated early, is treatable by antibiotics for most people. Diagnosis is difficult though, as the symptoms mimic many other diseases, and the typical ‘Bullseye rash’ (Erythema Migrans) is only seen in about 45% of cases. Additionally, lab tests are often unreliable in the diagnosis of Lyme disease. About 1 in 10 patients diagnosed with Lyme disease, however, will go on to experience persistent symptoms despite treatment, and this has led to people using the term ‘Chronic Lyme Disease’. This is not widely accepted within the Medical community, because Lyme disease is caused by infection with Borrelia species (bacteria), which, as far as we understand, should be treatable, and not chronic. However, over the years increasing numbers of patients have had persistent symptoms beyond their treatment. This continues to cause confusion and dismay both for clinicians and patients alike. The term Post-Treatment Lyme Disease Syndrome (PTLDS) is now largely recognised. From a conventional Medicine perspective, this is poorly understood, and alternative diagnoses are explored such as Chronic Fatigue Syndrome and Fibromyalgia, organ damage from Lyme disease is considered, such as nerve palsy, and lastly re-infection is considered and patients are re-tested for infection. Once each of these alternative diagnoses are explored but findings remain inconclusive, then these patients are generally ‘left’, and told that these symptoms may take years to resolve. They may be offered minimal social support, but not much else. Often, people with PTLDS are experiencing chronic pain, depression and anxiety, ‘brain fog’, fatigue, sleep disturbance, and many other debilitating symptoms may be present. Understandably this enormously impacts on their quality of life.

To complicate matters further, there are often co-infections present with parasites such as Babesia and Bartonella, as well as Mycoplasma (bacteria) or candida (yeast), which are not tested for routinely.

The consequences of untreated Lyme Disease

Untreated or under-treated Lyme can cause some people to develop severe symptoms that are hard to resolve: Post-treatment Lyme Disease (PTLD) or Chronic Lyme Disease (CLD). Due to the complexity of the disease, symptoms can also overlap with other conditions such as:

Why is Lyme disease routinely missed?

GPs do not have the requisite training to look for Lyme Disease.
There is the assumption that you have to have a bullseye rash when bitten by a tick. Only 25% of bites produce a rash.
The conventional treatment is 2 weeks antibiotics but this will not address chronic Lyme disease.
The standard tests often produce false negative results.
There are few Lyme literate Doctors practicing in the UK currently
Lyme is often accompanied by infections such as Epstein Barr virus, Babesia, Chlamydia Pneumonaie, or Yersinia.
Misdiagnosis with other diseases is incredibly common. For example a diagnosis of MS is often given and the lesions on an MRI appear the same for both diseases.

Can Chronic Lyme Disease/PTLDS be cured?

Many worldwide, once they see that they have hit that brick wall within the usual medical system seek support from Integrative Medicine Doctors for alternative methods of treatment. Using a Functional Medicine and fully holistic approach, the whole system can be supported to enable the body to heal more efficiently, effectively, and completely. Recovery can be slow, but steady, and for some patients improvement can be profound and speedy. Many aspects need to be addressed for several reasons. Firstly, the Lyme spirochete (Borrelia) is very difficult to treat as it has multiple forms, to include biofilms, meaning that some stages are more resistant to treatment than others. Given the broad spectrum of potent antimicrobials we can use in Natural Medicine, we choose those that we know can penetrate these biofilms and deal with the different stages. This may deal with the infection aspect, as well as the above-mentioned co-infections, but the stress that Lyme disease puts on the body, leaves it significantly out of balance. There are several aspects here that need to be addressed:

Using the lab tests available to us privately within the Functional Medicine framework, we can also do genetic testing to help us hone in on specific pathways that may be a primary issue, therefore guiding our treatment programme and using a more specific and targeted approach.

How do we treat someone with the disease at Orassy Health?

We are extremely fortunate at Orassy Health to have the wealth of knowledge and understanding that we do within our team of practitioners and therapists. This provides us with the ability to work with all chronic diseases including Chronic Lyme disease/PTLDS, because we really understand the complexities of human health. People are not robots, so we cannot treat mechanistically, just giving pills to abate symptoms, often temporarily, without further regard for the knock on effect to other bodily systems. We look at the whole picture, how all the organ systems and numerous biochemical pathways interact, and affect each other, so that no system, no problem, is treated in isolation. We look at a person’s mindset, their lifestate, their beliefs and subconscious programmes that are all hugely impacting on their physiology, their vulnerability to certain conditions, certain ‘system failures’ such as in the case of a depleted immune system. We even look at an individual’s unconscious (deeper than the subconscious), which is held in the body, and how that is impacting on their health also. The way in which do all of this, is predominantly achieved by a three-pronged approach, the ‘Gross’ level, the ‘Subtle’ level, and the ‘Super Subtle’ level:

‘Super Subtle’: Kinesomasis with our highly talented energy therapist, who has worked in the field for decades and is very advanced in her work. Our whole body runs on ‘energy’, and the ‘body electric’ is an increasingly acknowledged aspect of human health. This is an unparalleled and very particular energy therapy, which whether an individual ‘understands’ it or not, often leaves people with a feeling of lightness, relaxation and calm, and renewed energy. Many have experienced all sorts of health improvements as a result. Even at the most basic level of understanding of this therapy, inducing relaxation and calm in the body we know leads to regeneration and repair, improved coherence within all systems, and boosts the immune system. There is a lot more to this therapy, but for most, you would need to experience it to believe it!

Email: Email For An Appointment